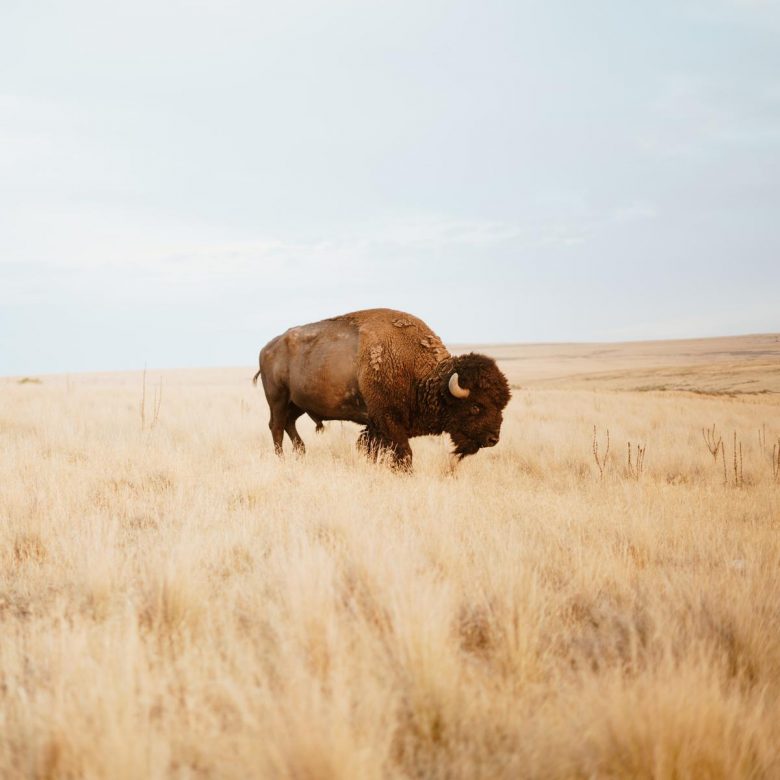 What are Bison? – Bison behave like wild cattle. Their ancestors lived on the grassy plains of Europe and Asia four million years ago,

and over time these ancient grazing herds evolved into various types suited to different climates.

Some found their way to the warm tropics but others- including primitive bison were tough enough to survive the northern ice ages which ended only 12, 000 years ago.

Modern types of buffalo are thought to have evolved quite recently- perhaps 4,000 to 7,000 years ago.

At this time the sea level was lower, and the Bering Strait between Siberia and Alaska was dry land.

This enabled the modern bison’s’ ancestors to cross from Asia into North America.

Some stayed in the northern forests. Their descendants, American Bison, are very like the bison still found in Eastern Europe.

Others made their way further south and became adapted for life on the prairies.

They developed into plains bison – a stockier, slightly smaller type that naturally lives in larger herds than either European or wood bison.

Plains bison become extremely numerous, for while there were probably never more than about 200,000 wood bison in the forests,

there were probably at least 40 million plains bison roaming the prairies in 1800.

Altogether, they formed probably the biggest community of large animals ever known.

Two thousand years ago bison lived all over Europe and northern Asia, from Spain to eastern Siberia.

But steady hunting over the centuries gradually eliminated them, and by 1900 only a handful of European bison remained.

There were two groups. One lived in the great and ancient Bialowieza Forest of eastern Poland, while the other lived in the Caucasus Mountains.

Within thirty years both wild populations had been destroyed, but there were enough Bialowieza bison in zoos to start a breeding program.

Eventually some of these captive-bred bison were released back into Bialowieza Forest, where they now live wild. 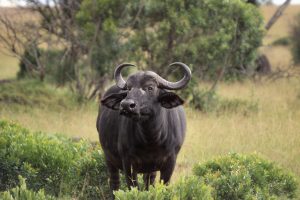 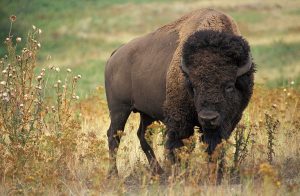 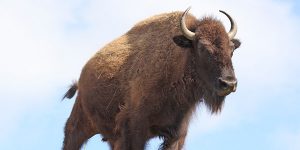